Subgroup analysis is routinely conducted in drug development, in various settings; one key aspect is the regulatory requirement to demonstrate consistency of treatment effect across a pre-defined set of subgroups (e.g., ICHE5, E9, E17). This is performed as a risk-benefit assessment, aiming to identify the right patient population to treat - and, here, that set of subgroups is agreed with regulators prior to the trial conduct. Another key aspect is subgroup selection, where the aim is to estimate the effect in the most promising subpopulation (typically for planning another trial). The latter can either be done with respect to the same fixed set of pre-specified subgroups as mentioned earlier, or in a data driven fashion (e.g., biomarker subgroup detection).

There are well-known inherent statistical difficulties with all the above; with consistency, due to limited data in the subgroups, there is a high risk of false positives (random highs) as well as a low power to detect true differential effects (since trials are seldomly sized for it). In the subgroup selection setting, it is of key importance to provide an honest estimate discounted for the number of subgroups inspected, in order to not overstate the real effect. Even in a consistency assessment setting, there might well be a certain tendency to focus on the most deviating subgroup results, hence possibly introducing a bias although not formally a 'selection' problem.

The PSI Subgroup SIG is devoted to methodologies and aspects around these questions, with a focus on questions related to assessment of a fixed, pre-specified, set of subgroups. As such, the SIG has not yet explored the application to data-driven biomarker subgroup detection area (data mining), although some of the approaches investigated could be used for this purpose.

The work aims at providing as much guidance and clarity as possible on the inherent issues and possible approaches to analysis and subsequent detailed investigation of pre-specified subgroups in order to provide context for any subgroup findings.

Numerous methods have been suggested in the literature and ranges from interaction testing, permutation-based ordered statistics, Bayesian shrinkage, Bootstrap bias reduction, model averaging and graphical methods. One inherent difficulty, making the analysis less straightforward than it might first appear, is the fact that many subgroups will overlap. Also, non-trivial aspects arise from some subgroup factors being prognostic.

The PSI Subgroup SIG submitted a White Paper in May 2018 on some of these aspects, containing an overview of the inherent problems, recommendations for the planning stage, a novel permutation based approach for assessing expected deviations under a null assumption, and some simulation based conclusions where various methods were compared.

Due to the complexity not all available methods were initially studied (e.g., the Bayesian ones) and further work is being conducted. The aim is to provide an updated document later when these methods have been developed and evaluated.

The SIG is currently lead by David Svensson.
(Up to May 2018, the lead was Aaron Dane).

How to get in touch david.j.svensson@astrazeneca.com 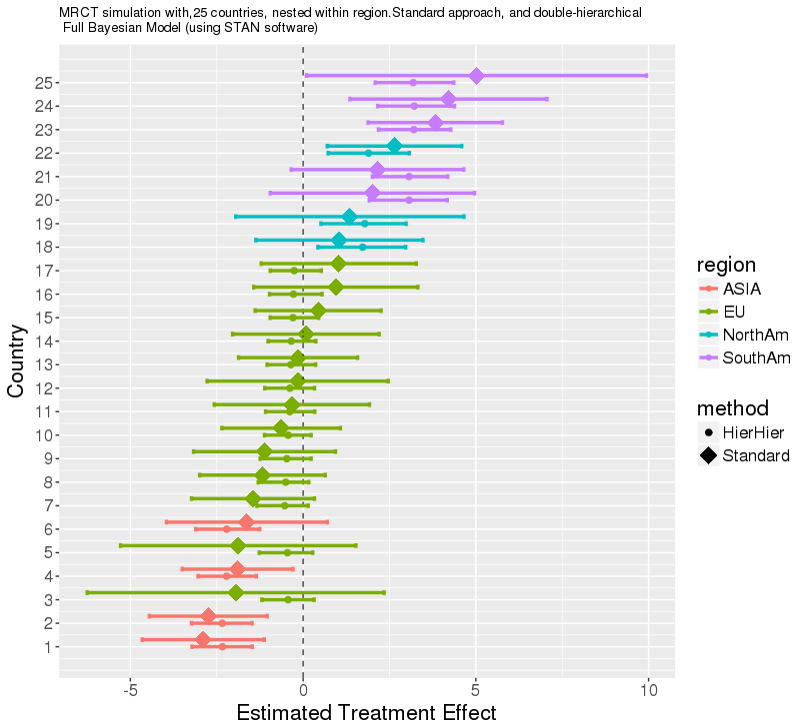 An opportunity to meet statisticians from across the pharmaceutical industry in a relaxed and informal setting. An exciting program of events and a chance to work in small groups on a data analysis challenge. Lunch provided.

We are increasingly living in a data driven world. Data are collected in many different ways for a variety of purposes. As such, concerns around protecting the privacy of individuals have increased in recent times.

This hands-on course will provide a deep dive into 4 software packages used to design adaptive clinical trials. The course will start by providing a general overview of adaptive designs, explaining the different type of adaptations possible and the benefits of each design. Following this, participants will be given the opportunity to have a go at designing trials in R (using RPACTS), EAST, FACTS, and nQuery.

Our annual PSI Medical Statistics Careers Event, will be held at the De Montfort University in Leicester on Wednesday 4th March 2020.

This webinar will address operational issues of paramount importance within the healthcare industry with a view to using statistics for the benefit of patients. In attending this webinar, you'll hear more about work being conducted to address some operational issues we face in the health care industrys e.g. patient rectuitment, drug supply and meeting NHS 18 week targets.

PSI Toxicology SIG workshop – 16th and 17th March 2020 The Toxicology SIG provides a forum for statisticians working in regulatory/investigative toxicology, as well as most other pre-clinical areas, to discuss issues and interact with one another. This 1.5-day workshop will involve approximately 20 statisticians, focusing on discussions around “best practice” in the statistical analysis of various data types. The afternoon of Day 1 will include a 4.5 hour Bayesian training course focused towards applications in toxicology/pre-clinical, provided by Prof. Dr. Katja Ickstadt and is included in the workshop fee. The cost will be £270 including VAT per delegate, inclusive of food and one night’s accommodation (and the training course). The workshop is being held at the Crowne Plaza Hotel, Heathrow. The agenda and topics that will be discussed are yet to be finalised, but please get in touch with gareth.thomas@covance.com if you have suggestions. Full details will be circulated in the coming weeks.

This course is aimed at Statisticians and Programmers experienced in SAS, but little or no experience with R. An Introduction to R studio and the R language, statistical graphics, programming statistical models, simulations and more…

Non-proportional hazards and applications in immuno-oncology

Designs of clinical trials with time to event primary endpoints usually rely on hazards being constant over time. A major challenge in immuno-oncology is the delayed onset of benefit with such therapies and the presence of non-proportional hazards. The impact of this needs to be accounted for in sample size calculations, analysis methodology and reporting. At this meeting, we will examine possible strategies to handle such features, which may not be fully known when the trial is initiated.

The ITIT course will take 25 delegates new to the industry on a complete drug development experience from discovery to marketing. They will visit 6 companies from October 2020 to July 2021 to learn about 6 topics from experts in their field. The ITIT course will have 6 sessions in continental Europe and 3 - 4 sessions in the UK. It promises to be a truly memorable course.

Would you like to be a part of a Statistical and Programming group, who have direct strategic impact on drug development, playing a key role in getting medicines to patients?